Blockchain as a disruptive enabler 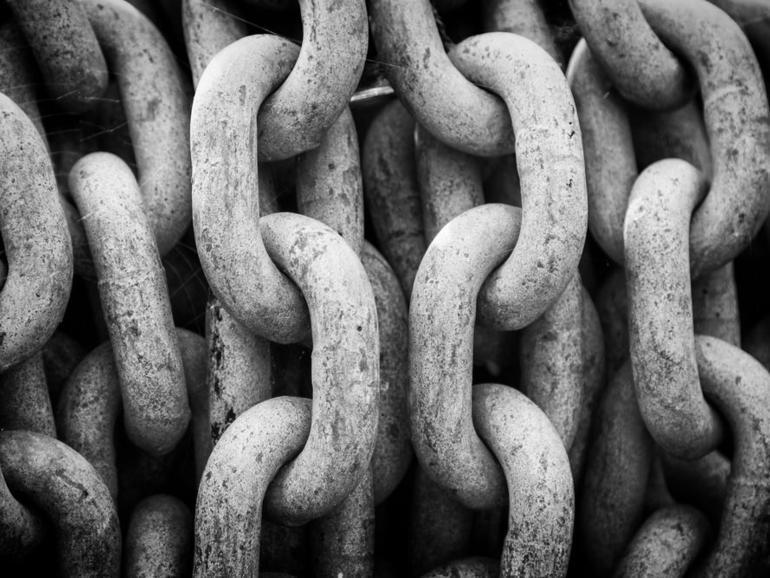 Blockchain first appeared in our general consciousness as a result of Bitcoin. Whilst the jury may be out on Bitcoin, Blockchain has made waves by showing a valuable contribution to the financial services industry. So what is it and what of the opportunities to apply Blockchain as a facilitator of disruption in other sectors?

Ok, so lets start with my regular health warning here… These are my opinions and observations. They are based on the work I perform at board level with many leading, large listed businesses seeking to get the most from their disruptive initiatives. I also have to stress that this is not an exhaustive exploration Blockchain, but instead, a primer setting out some observations about how Blockchain is making waves. Please feel free to chime in with your own in the comments below.

Essentially, in Bitcoin transactions, Blockchain provides the evidence of the activity, trades and transfers on the network. A block is the ‘current’ or realtime part of a blockchain that records some or all of the recent transactions, and once the activity is complete, it goes into the blockchain which acts as a permanent database in a ledger like fashion. Every time a block is completed, a new block is generated and this leads to an endless quantum of such blocks in the blockchain. Blocks are not placed in the chain at random. Instead, they are linked to each other in a linear, chronological order with each block containing a hash of the previous block.

Whilst Bitcoin fuelled greater awareness of Blockchain, it is key to remember that a blockchain is a cryptographically protected and publicly hosted record of events and agreed-upon variables. The real defining feature is not what it does or how it does it, instead, it holds value based on how much users can trust it to perform those services impartially. Think of it as a trusted intermediary and this is where the exploration of other use cases starts.

So… why the buzz?

Blockchain has truly got the financial services industry buzzing with the Bank of England busy considering how best to harness the technology, and where the Bank of America has already applied for no less than 15 patents, with a further 20 still in progress yet to be submitted. Yet the potential of Blockchain extends far beyond the financial services sector, and here I explore a brief look at just what this revolutionary technology could mean for a number of other sectors.

A quick look at the basics of Blockchain

The basic premise of Blockchain is an incredibly simple one at heart – its a database of sorts created in a different way and it facilitates any and every one to undertake transactions between each other. But, most notably, it does so in a completely transparent and secure fashion. When considered in this way we see that Blockchain could potentially be used whenever and wherever there is some form of exchange between two parties, and it really needn’t be solely financial.

Leading the way for what could be possible within other realms with Blockchain is ‘Blockchain Capital’ who have raised $7 million to explore just what can be achieved for those within non-financial sectors. They found that there are already many companies harnessing Blockchain; such as La’Zooz, the ride share company that is empowering its points based value transfers; BizHealth, who are decentralising patient records management and Otonomos who are digitalising company incorporations, as well as the transfer of equity and ownership of such companies.

Key industries that are being disrupted by Blockchain

Whilst many companies from a plethora of industries are harnessing Blockchain, there are key markets where the technology is serving to positively disrupt traditional practice. Venture Radar is the place to be for all-out tracking of key blockchain-startups, however in summary the leading 25 companies that are not within the financial sector are within the following lines of business: Cloud Storage; Smart Contracts; Social Networking; Anti-Counterfeiting; Governance; Digital Identity; Supply Chain; Art & Ownership; Prediction Markets; and Internet of Things.

Company reputation – Whatever the industry

Websites such as TrustPilot, Review Centre and Glass Door have long since been seen as vital tools for consumers and potential employees to gain feedback upon companies from other consumers. Yet they are dragged down by the scourge of fake reviews (both positive, from the companies themselves, as well as from competitors who may be on a mission to damage their reputation). Blockchain may, however, be the answer to both, and as one report by GrowthPraxis found, the forged authenticity of such reviews may soon be a thing of the past with the application of this technology.

The potential of Blockchain for the public sector

One sometimes slow sector to exploit and harness technological change is the public sector. More often due to budgetary limitations or the pace of approval and development of robust businesses cases supporting the spend from the public purse; this sector could arguably benefit the most from all that Blockchain can offer. It seems, however, that the Government is at least making positive noises around the possibility of digital currencies and Blockchain technology, which follows on from an announcement to regulate – which has been a long since been a political hot potato following the first emerging of Bitcoin. Most notably the Home Office has made recommendations to the government to research the potential for creating its own digital currency, and if this were to happen then who knows how they may change their wider processes with the facilitation offered by Blockchain.

A brief summary of some use cases gaining momentum

Key here is that Blockchain as a technology can be used to facilitate disruption of a variety of services and products where trust, privacy, security and record keeping is key.  Limits are likely to be those imposed by nothing more than a lack of imagination.

if 2015 was all about the hype and discussion of Blockchain, then 2016 will surely be about seeing projects starting to deliver real outcomes and discernible everyday change.  Blockchain will go big or go home by the end of this year!

It should come as no surprise that the use of Blockchain in many sectors and segments will grow.  Perhaps what is more exciting is how it is fuelling startup growth in the same way Fintech did.  However, now we face the prospects of seeing wider everyday impact, new challenger offerings and, with a fair wind behind it and a healthy dose of sweat, effort and imagination, a new dawn in trusted, authentic and secure online and digital activity.

Download this article as a PDF
⇐ You have your Strategy but do you have a High Performing Team?
Competitive Edge through Privacy by Design. ⇒
© 2023 Exolta Capital Partners
Exolta GDPR, Legal and Privacy Policy